I am always reluctant in doing a musical post like this in picking the top pieces in any category as I know I will always forget so many obvious pieces, and I will rightfully hear from my loyal readers, why didn't you choose this piece or that piece.  :-)

In these next two weeks I will dive into danger by trying to pick the top 20 pieces with beautiful melodies [or top 20 melodies].  This will be in contrast with the greatest pieces of classical music, as many of those you will not see on this list-this only has to do with melodies.  For example if I were to do a post on the greatest classical pieces, I would have Beethoven's 9th symphony as #1.  It does not show up on this list as do not many of the other great classical music works. This is only about beautiful melodies.  So, my goal is not for you to say, "that is a great masterpiece", but rather, "that has a beautiful melody in it."

It took me a while to do this, as I make a list, I keep making changes and also keep changing the order.  But I must finally come up with a final top 20, and here they are.

Without further ado, the Tales picks of top beautiful melodies are included in the following pieces [11-20]:

I hope you enjoyed the beautiful melodies in these pieces...next Saturday will be the Tales top 10!

Best of the Tales post first published in August of 2016-shows you even four years later, some things stay the same. ;-)

Well once again, with his [the Donald's] second amendment comment, we have the man who most of his supporters say what they like about him is he that "he means what he says and he says what he means", making the excuse for his stupid comment by saying 'he didn't really mean what he said'.

What is it that almost all of his supporters say they also like about Donald Trump?  That he is a truth teller, who tells it like it is.

Hmm, the Tales has found this video thanks to Plain Sight where you can decide for yourself it this is Mr. "tells it like it is."

Yep, that lady at the end of the video is right...we want someone in Washington who will finally tell the truth and tell us what they really mean.

Where the hell you're going to find that person in 2016, God only knows.

What If These Famous Quotes Had To Be Walked Back

Best of the Tales:  This repeat post was first published in July of 2018.

Because of the president's disastrous Helsinki press conference with Russian "President" Putin, he [Donald Trump] had to walk back one of his comments 24 hours later that he has been getting a lot of criticism for saying.  And how did he walk the comment back?  Trump said he misspoke when he said, "I don't see any reason why it would be Russia".  He said he really meant to say, "I don't see any reason why it wouldn't be Russia."

I was thinking, what if there were other famous statements made in the movies and in politics that had to be walked back 24 hours later to mean what they really intended to say. I wonder how that would have changed things.

Without further ado, what if the following statements were revised 24 hours later to what was really meant to have been said:

How Many Of These Trivia Questions Can You Answer?

Tales has been told this will be the new critical exam that high school seniors must pass in order to graduate; Tales has also been told by its esteemed law firm of Dewey, Cheatem and Howe, that seniors will only need  to answer 4 out of the 10 answers correctly to pass-can you believe that? 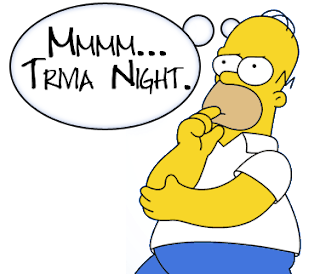 Let's see if can you pass this exam?  Remember you only need 4 out of 10 to pass:

1)  How long did the Hundred Years' War last?
2)  Which country makes Panama hats?
3)  From which animal do we get cat gut?
4)  In which month do Russians celebrate the October Revolution?
5)  What is a camel's hair brush made of?
6)  The Canary Islands in the Pacific are named after what animal?
7)  What was King George VI's first name?
8)  What color is a purple finch?
9)  Where are Chinese gooseberries from?
10) What is the color of the black box in a commercial airplane?

ANSWERS TO THE QUIZ:

1)   How long did the Hundred Years War last? 116 years
2)  Which country makes Panama hats? Ecuador
3)  From which animal do we get cat gut? Sheep and Horses
4)  In which month do Russians celebrate the October Revolution? November
5)  What is a camel's hair brush made of? Squirrel fur
6)  The Canary Islands in the Pacific are named after what animal? Dogs
7)  What was King George VI's first name? Albert
8)  What color is a purple finch? Crimson
9)  Where are Chinese gooseberries from? New Zealand
10) What is the color of the black box in a commercial airplane? Orange

What, you failed?  No graduation ceremony for you.