Why Is It That

Why is it that:

* it's called a foul line in baseball, when if a ball that hits the line, it is a fair ball and not foul?

* coaches and players that win a big game in any sport will say "this was a team win" -- So, does that mean that there are wins that are not team wins?

* if it's called a tweet, shouldn't it be called tweeter?

* you ask children how old they are and not how young they are?

* many of those people who warned us of the deleterious effects of second hand smoke are now celebrating laws making legal the first hand smoke of pot?

* an NFL sports announcer will tell you how surprising a win by one team is, but in the next breath tell you that on any given Sunday one team can beat any other team?

* all the great movies come out at the same time?

* whenever any sports team wins a big playoff game at home, they will say we couldn't have done it without our fans?"  Update: What if the NFL must play their games without fans in the stands this year because of Covid-19 and the home team wins, will the players say, we were wrong.  We could win it without our fans.  :-)

* you never hear the saying anymore that an apple a day keeps the doctor away?

* the gas prices seem to be always lower when you don't have any place to go?

* it is so hard to lose weight but so easy to gain weight? 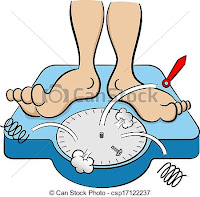 * Mile "High" Stadium just happens to be in the state where they just legalized marijuana?

* there seems to be more people complaining about what goes on in this country, then people who actually vote?

* whenever your sports team wins a close game the local announcers will say, last year we wouldn't have won that game?

* when I used to be a runner I wondered why everyone wasn't a runner, but now that I am a walker, I wonder why everyone isn't a walker?

* most of the great classical composers died at such an early age?


* you can remember in detail a childhood event from decades ago, but can't remember what movie you saw last week?

* no matter how great a parent you try to be, you realize you will never be the parents that your Mom and Dad were to you?

* in Major League Baseball whenever a great play is made in the field, the person who made it always seems to lead off the next inning?

* you will hear both liberals and conservatives say if Martin Luther King were alive today he would be on "their side" of the issue they are supporting?

* in many of the movie trailers you see before the main feature, you think to yourself, they could have surely picked a better scene than the one they showed to lure you into seeing it?

* they stopped showing cartoons and those old news reels when you go to a movie?

* almost all of the great geniuses in music, art and literature lived hundreds of years ago?

* in Major League Baseball there is never a double header anymore?  [I know, I know, money...but they used to be so much fun for millions of kids]

* us older people could marvel at the new inventions when we were growing up, like a micro-wave oven, but most younger people today just yawn when an amazing technology new item comes along?

* in tennis they call it an unforced error when, in reality, every error is unforced or it wouldn't be called an error?

Why is it that it won't be until after I publish this post that I will remember so many obvious things that I missed?

and one more from your local dermatologist---why is it, that as we grow older, we lose things we want (scalp hair, sexual function,strong skin) and we gain thinks we don't want (nose hair, dry skin, barnacles,)!!