Blessed and Praying in Houston After Harvey - Update One Year Later

It was one year ago this week when the rains from Hurricane Harvey [over days] devastated Houston and many lives.  This is a post I did a couple of days after the rains had finally stopped in the last week of August of 2017.

"As a Houstonian I almost feel guilty as we [my wife and I-and our daughter's house] have been so fortunate [blessed] to not have water gotten into our house or even close to it and amazingly our power has not gone off for even one second and also amazingly the wifi and cable TV, that a lot of times will go off even during sunny times for whatever reason, has stayed on this whole time.  I don't know if it is just luck or people are involved in making sure the power on all this time, but I thank anyone who is involved, because I remember the last hurricane in Houston when our power went off for about 5 days and we didn't have refrigerator food or hot food or microwave or air conditioning or lights or radio or TV or personal computer--that seemed even worse than flooded streets but that is just short term as once power eventually comes back, its over...With the water and flooded homes and cars and businesses...that is actually much much worse in the long term because once the rain ends and flooding goes down, there is so much pain and worry about rebuilding and repairs for a long time to come. 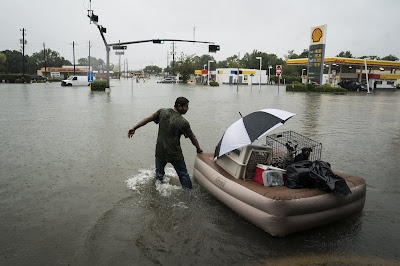 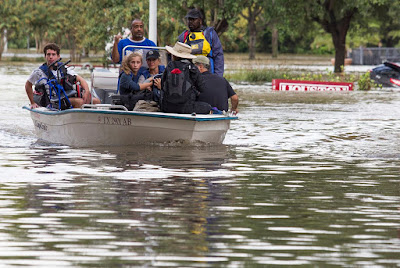 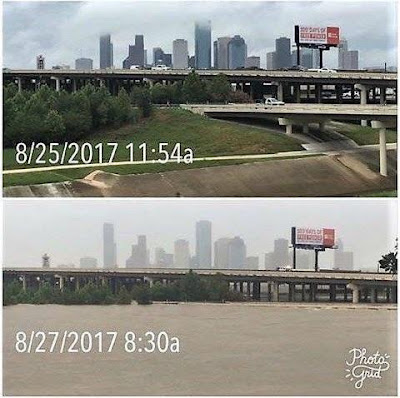 I pray, not just for my family members who have had devastation or worries, but for all Houstonians [and all Texans and those who may be affected in Louisiana] who are suffering or worrying about their future right now.
__________________________________________
UPDATE: August 23, 2018:
Thanks to this video by KSAT-TV San Antonio on You-Tube showing just a small area of Houston not far from downtown Houston that was devastated by Harvey just one year ago this week:

Here are a couple of pictures during Harvey--and then the "before and after Harvey clean up": 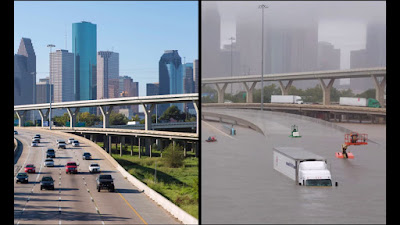 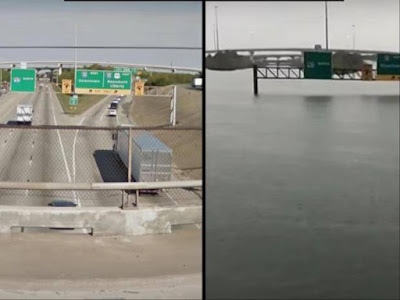 With the prayers from many and a lot of work by many, thank the Lord Houston is back!  Thank you all across the nation for your prayers!