On Guard Until The End

One of the duties of the Secret Service, authorized by law, is to protect "Former Presidents and their spouses for their lifetimes."

The Secret Service detail who protected former First Lady and First Mom, Barbara Bush, many for decades, admired and loved her.  How do I know that? Here is a picture of the St. Martin's Episcopal Church in Houston where Mrs. Bush will lie in repose for public viewing on Friday April 20. The Secret Service detail refuse to leave Mrs. Bush's side until she is buried on Saturday April 21, 2018. 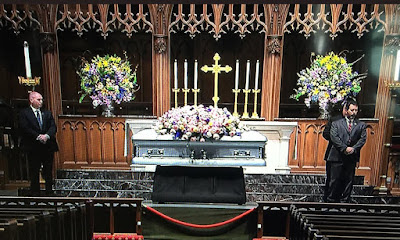 I don't know about you, but that picture brought tears to my eyes, as did this wonderful touching cartoon of Barbara Bush in heaven being reunited with her daughter Robin, who died of leukemia at age 3.  Barbara Bush will be buried right next to her beloved Robin. 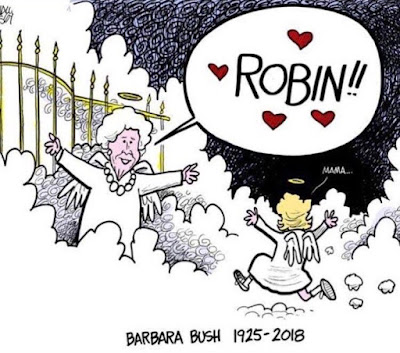 Thanks for PBS News hour for this You Tube video of president George W. Bush speaking of his Mom in the final days of her life:


May God Bless Barbara Bush and the entire family!