This week's Tales tweet of the week is short and intelligent.  How short you may ask?  Try two words, short.  Two words, so appropriate, that they will make you shout, Yeah!

The tweet was delivered on Thursday June 25, 2015, another day of infamy for the Supreme Court of the United States with their disappointing, but not surprising, Obamacare decision; better entitled by the great Justice Antonin Scalia, "SCOTUScare".

The two word tweet contains a link to an article in The Hill that will also make you say, Yeah! 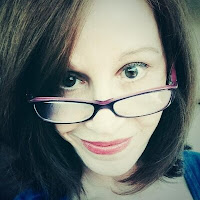 The tweet was made by Linda Suhler, Ph.D., one of the Tales favorites on twitter [although the Tales applied no pressure to the Tales law firm of Wie, Cheatem and Howe, who painstakingly went through thousands of tweets to come up with one appropriate enough to be deemed worthy of the Tales distinguished and much sought after Tweet of the Week award].

On @LindaSuhler 's home page she describes herself: "