In the 2014 midterm elections in the good old USA:  the polling firms had the GOP [conservatives] picking up from a few seats in the Senate, to an outside chance they could pick up the 6 seats needed to win the Senate.  They showed that the GOP would pick up single digit seats in the House and they probably would lose a couple of Governorships.  Peter Beinart [just a little over 1 week before the elections] in an article in the Atlantic entitled, "There's A Good Reason These Midterm Elections Seem So Boring said, 'It’s even possible we won’t know who controls the Senate until December or January, when Louisiana and Georgia hold runoffs.'

In the 2015 Israel elections:  Every single poll in Israel, up to the day before the election, had P.M.Netanyahu's [conservative] Likud party losing, and some losing big to Herzog's [left of center] Zionist Union Party.
The Haaretz poll of polls, I guess you could say the RCP poll of Israel], had the Zionist Union winning 25 seats to the Likud's 21 seats.  In Israel national news it was announced:  "Final pre-election polls released on Friday evening show that the “Zionist Union”, headed by Yitzhak Herzog and Tzipi Livni, is maintaining a four-seat lead over the Likud headed by Prime Minister Binyamin Netanyahu." 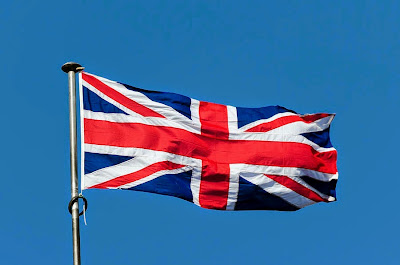 In the 2015 Great Britain elections:  the pre-election polls up to the day of the election all showed that Prime Minister Cameron's Conservative Party could be in trouble as this was a razor thin election that could go either way.

This from Newsmax on the day of the elections:  "Voters headed for the polls across Britain Thursday, in a contest that is expected to produce an ambiguous result, a period of frantic political horse-trading and a bout of national soul-searching.

Prime Minister David Cameron's Conservatives and Ed Miliband's Labour Party are running neck and neck, and neither looks able to win a majority of Parliament's 650 seats."


The election result:  This just in [Friday Morning] that I just got from National Review Online's Jim Geraghty in his newsletter, "The Morning Jolt":


"Conservatives Win in a Landslide!  It’s a good day to be a Tory.


Pundits had predicted the UK election would be a close one and suggested there would be days of post-vote, backroom talk to thrash out a power-sharing deal.


Instead, it’s turning into a thumpin’.


With almost all the results in, British Prime Minister David Cameron stays in power, with his party, the Conservatives, stronger than at the last election in 2010.


Reuters has reported that the center-right Conservative Party has won an “effective majority in Parliament with 324 seats.” That’s two seats short of an absolute majority.

Just a coincidence I am sure...or biased polling methodology to skew the results to the meet the pollsters hopes?

I think a big reason is the simple personality difference between conservatives and liberals. Liberals are like vegans and cross fitters - give them a minute, and they will make sure you know all about their stuff. Conservatives, especially in a public setting, will more likely avoid the irritation of dealing with liberal pollsters.