Will Illegal Immigration Be The Pick Six Play Against The Democrats?

In football there is one play that can turn around a game quicker than any other.   It is called a pick six.  This is when the team that is on offense gets a pass intercepted [picked off] by the defense and taken in for a touchdown going the other way.  Because a touchdown is worth six points [plus the extra point] this is why this play is called a pick six. 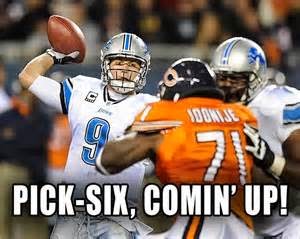 Trust me, as a Houston Texan fan, where we led the NFL in pick sixes last season [2013], I know how much this can turn around a football game.  A game that might look like a winner can quickly become a loser because of a pick six.

My theory is that the [illegal] immigration issue will be the "pick six" play against the Democrats that the Republicans will make to win in a big way in November.


The Democrats have blamed the GOP for a lack of an immigration reform bill and have used that for election after election to "gin up" the Hispanic vote against the Republican Party.  Despite the fact that it is the president and Democrats who really don't want immigration reform so they can have the issue to use against Republicans, this has been one of the Democrat's tried and true ruse cards to use in crucial elections.

Since the beginning of 2013 the Democrats were certain they could turn to their long pass play of illegal immigration to carry them to victory in November of 2014.  But something funny happened on the way to that pass being completed.

First we have had the thousands of children from Central America coming across the border of Mexico into the United States that kind of woke up the American people from their nonchalance attitude to a startling "what is going on here."

Then to add to that we have had the increase of terrorist attacks coming from ISIS, et.al. in the Middle East, with the heart wrenching, sickening be-heading of two Americans in Syria by ISIS terrorists and we have also learned that some young Americans have actually gone to Syria to fight for ISIS.  This has also woken Americans up to realize, terrorists could use the porous borders of the United States to come into our country and commit their evil acts of terror here.

Because of that the American people have rightly turned from the idea that there must be amnesty and a path to citizenship for millions of illegal immigrants without regards to securing the border.  The people now are turning to the idea that there must be border security first [before there is any talk of amnesty for illegal immigrants].   So, the issue that the Democrats were counting on as a winning play has so backfired in their faces that they don't even want to mention it before the 2014 elections. 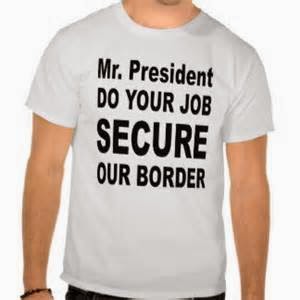 The ultimate proof of that comes from actions [or lack thereof] by non other than the president himself.  President Obama for years has scolded [demagogued] the Republicans in a mocking way on the issue of [illegal] immigration.  He has warned that because of a lack of action by congressional Republicans on the immigration issue, he would use his pen and his phone to take executive action [i.e., break the law] to grant amnesty to millions of illegal immigrants.  He and the Democrats have thought that would surely be the winning play to bring out the Hispanic vote to save the senate for Democrats and possibly retake the house.

But in the interview president Obama had this last Sunday on NBC's "Meet the Press" with Chuck Todd, the president admitted that he would not take the action he had so promised until after the November elections.  He tried to use the excuse that he wasn't taking the action yet because he needed to inform the public better on the immigration issue.  This is Obama speak for:  "I can't take the action now because the American people are against it and it will hurt the Democrats chance of holding on to the senate if I grant this amnesty against the will of the people."

This is an implied admission by the president himself that the immigration issue, so thought for many years to be a drag on the Republicans, has turned around and is now a drag on the Democrats.

Comments by pundits of all stripes are now confirming  that the immigration issue is now a losing one for the Democrats and a winning issue for the Republicans.  For example, on Bret Baier's show on the Fox News Channel, "Special Report" on the All-Star Panel on Monday night, September 8,  Democrat Kirsten Powers said that she agreed that the president should not take an executive action before the election because "he should try to protect the Democrat senate and any executive action before November would hurt the Democrats".   Stephen F. Hayes, a conservative commentator said on the same panel that "everyone agrees, Democrats and Republicans alike, that the president is doing this for political reasons [delaying granting amnesty so as not to hurt Democrats].

So, the immigration issue that was surely to be a plus for Democrats has been turned around quickly against them in a startling way to be a loser for them.  That means the illegal immigration issue in this 2014 Super Bowl election thrown by the Democrats' QB, Barack Obama, has been intercepted by the GOP and turned into a pick six that will lead to a GOP victory.

Migrating to a country is a big decision, and a thing not to be taken lightly. Especially a country like Australia where there are numerous opportunities in almost all of its states