American Crossroads put out this amazing political ad in the presidential race between Barack Obama and Mitt Romney less than one month after the Islamic terrorist attack in Benghazi on Sept. 11, 2012.  It is stunning how much truth there is in this ad in spite of a major cover-up that was taking place by the administration with help from the mainstream media.  That cover-up is still going on as of today.

This ad was published on October 9, 2012, exactly four weeks after the brutal  terrorist attack.  Probably because this ad was political in nature, and there was a full throat-ed cover-up by the mainstream media in an effort to protect their guy in the presidential race, this ad didn't take hold with the American people.

The hearings just held in the congress on Darrell Issa's committee with the three whistleblowers confirm many of the facts portrayed in this ad.  And remember this was less than one month after the attack.

So, I say bravo to American Crossroads for this well done ad.  It's too bad the American people were either hood winked by the media to believe this was just politics and didn't really happen like this or [and I hate to believe this] just didn't care.  If the American people just didn't care about their fellow Americans overseas working for us, and more frighteningly still don't care, then America is in serious trouble. 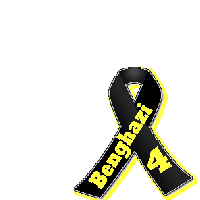 Wow. Truth is coming out. Even if the forces try to hide. Light will expose the Dark. Eventually.

ps. where the Bamster came to town yesterday. :-(