Tales wishes everyone a happy, blessed, safe, peaceful and most importantly healthy New Year 2013 on this New Years Day.

While there were personal happy moments in 2012, like my sister's daughter in law giving birth to a beautiful girl, the political scene was totally different.  It was disastrous year for freedom loving patriotic conservatives politically. We had Obama's re-election, Obamacare upheld by John Roberts and the Supreme Court, we had the Arab Spring turn into the Islamist Winter, and we had an American Ambassador and three other great Americans killed in a terrorist attack on Benghazi.  Maybe the only two positive happenings on the political front were the great Governor of Wisconsin, Scott Walker, winning his recall bid in strong fashion, and Ted Cruz making an incredible come from behind win in the Texas Republican primary, and then winning the United States Senate seat in November.

God Bless America and God Bless you all. 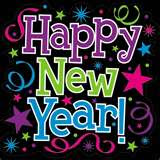