Voice From A Great Independent: My Brother Brad

My brother Brad is one of those rare people: he is a true independent and a real independent thinker. Usually when the media brings up independents or moderates they are really talking about liberals. That is not the case with my brother. He really goes into an election with an open mind, looking at all the facts. On social issues he is more liberal, but on fiscal issues, foreign policy issues and issues relating to Israel he is a very strong conservative. While I am more conservative than Brad on the social issues, I always respect his views and understand that he represents a lot of those Americans that we need to win over in order to defeat president Obama. I agree totally with the conclusion of this post of my brother that the defeat of Barack Obama is essential and we [GOP] must choose the candidate that has the best chance to do that. It is one of the reasons the "Tales" has endorsed Mitt Romney for president.

My brother Brad is one of the top dermatologists in Houston. He is a great patriotic American.  Here is his post from an e-mail he sent to my Aunt Carla in St. Louis. 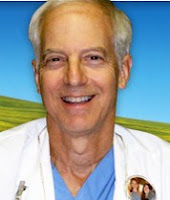 As you can tell from some of my past e-mails, I am somewhat of a lost American--- a social moderate and a fiscal strong capitalist conservative---- I DO feel that the republican party is in the process of destroying the so critical reachable goal of getting rid of this horrible, anti-Israel socialistic Obama--- they are doing so by being so far right on social issues , which , in the face of the Iranian/Israeli issue, ridiculous spending and debt, illegal immigration problem and security issues , pale in importance--- does the future of American really depend on prayer in school, anti- choice, anti-gay marriage tolerance , or does it depend on the so important issues I stated earlier--- 4 more years of this president is very scary, not because of the social issues which put he republicans in a corner they can't get out of--- I pray the republican party wakes up, gets behind the only winnable candidate they have now in race, romney and stops destroying their chances --- we need moderates to win this election, and we won't get them by being so extreme on social issues. I will blame newt and santorum if we are stuck with this tragedy of a president 4 more years.
Brad

Good post big Brad. I think and I hope the GOP will nominate Romney as he gives us the best chance, in my opinion, to defeat Obama. As you said in your post, that is is so critical. We cannot afford another 4 years of this president. I will add one more reason we must defeat Obama- because of his divisiveness. What a terrible president to divide the people of this country for personal political gain.

If,for some reason [as you put it] the GOP doesn't wake up and does nominate Santorum, I think we will be in big trouble; but I will still do all in my power to try an help him win over Obama. Because, like you said in your post, he is still so much better and with us on the issues that really count...security, Israel, fiscally, American exceptionalism, etc.

Brad,while I know you disagree with Santorum strongly on the social issues, he is with you on the issues that really matter, and I hope you would support him if by some chance he did win the nomination.

Brad, while I agree that we need to defeat Obama, please remember that the issues that you're listing as losers for the Republicans are actually quite mainstream. Even California rejected same-sex marriage, the majority of Americans are against government financed abortions, and though I don't remember prayer in schools as a front issue in this campaign, most people still identify themselves as Christians.

That being said, I think the Mainstream Media is trying to control the issue agenda and make the Republicans look like they're not mainstream. And you're right... we need to focus on the list you suggested, and attack Obama on those issues.

DaveInAZ (one of Mike's Tribble friends)

Being an independent, it is always necessary to prioritize when voting on any candidate--- given that premise, I would strongly support ANY of the 3 main republican candidates left over Obama without any doubt. Basically , if we do not get the deficit spending, entitlement issue and economy under control, the future of this democracy is in jeopardy-- I will sacrifice almost any social issue to NOT become a Greece, and oil independence has no chance with Obama ( see keystone fiasco!) . Thanks for feedback anonymous.

Thanks Brad. You the man!!

Brad, I am glad that we have thinking independents like you out there, and we welcome your vote for any GOP candidate.

I agree with DaveInAZ (who also happens to be my big brother) that the mainstream media is driving the narrative, carrying Obama's water and doing everything they can to make Republican's look like rabid prudes who don't want anybody to have any fun. Unfortunately, it works. Tonight's debate is a prime example - John King brought up the issue of contraception. The issue before us today is not contraception, but religious liberty. They bring it up to make young women think that if the grumpy old Republican is elected, he'll take away my access to the pill - which is so far from the truth it's hardly on this planet. But it's a scare tactic that unfortunately works with a vast number of independents, who unlike you, don't actually think.

I think the GOP gets a very bad rap on social issues. Sure, they sometimes go too far and do things that are just outright stupid. And Republicans do a very poor job of defending their positions. But if we re-elect this community organizer Alinskyite, we will have much deeper social issues to worry about, like the collapse not just of capitalism, but of our very society.

I would just ask that you consider that maybe the conservative positions on social issues aren't arrived at so much as a function of intolerance, but more as a concern for what is best for society. And I certainly welcome your vote for whomever is on the GOP ticket!

Obama continues his stretch of idiocy
and ridiculous policies that are bankrupting the country, and destroying the moral fiber of this country. Mitt is the obvious and smart choice. Well put Brad and Big Mike!

Thanks brothers Pete and Dave for you well put comments!

I listened to Mark Levin yestereday, am listening intently to Glenn Beck and listened 2 Rush yesterday. Have not been on Twitter 4 a week, and listened 2 the debate last night. The lamestream media is DEAD. This nation is in BIG trouble. The GOP is Rhino filled. I am a Christian & I LOVE Israel. Have been a Conservative from birth. My father fought in WWII in The Battle of the Bulge. Born the same year as Ronald Reagan. The church in Europe has died. Islam has crept in. Now the church in America is following that example. Replacement Theology IE: Reverand Wright has infiltrated our White House. I feel there is EVIL in the White House & Biblically speaking I believe every single Word in that Bible. Gen. 12:3 Well, this WH has turned against Israel. Period. If we look at what happened with Hitler, the exact same thing is happening again. We've become Sodom and Gomorrah. Prov. 22:7 The rich rule over the poor, and the borrower is servant to the lender. Our nation has been on this course for a long time. President Wilson etc FDR & now this EVIL administration. I am NO Saint, believe me, and I judge noone. That's up to God. Period. My best friend is Gay, but had heard the same about Santorum. I am a Christian & Christian's are being persecuted all over the world. And pretty soon, when all the crosses are gone we will be weak. God will defend Israel. They have been returned to their homeland, and I stand with Christians United for Israel w/ Pastor John Hagee. I believe we as Liberty loving Americans we should get off this kick of bashing each of these candidates. We need to talk about OIL, FOOD, HOUSING PRICES, stopping ObamaCare, getting a budget, Drilling, etc etc. Open borders have brought in disease, they are chopping off heads on my Texas border..and the frigging press dopes are asking numbskull questions. I think Sarah Palin has the guts to confront Obama. lol Who is our George Washington? I'm praying on my knee's that we have a Great Awakening. Because things are gonna rock and roll with the goobers on OWS or the Van Jones or the Soro's systematically destroy our nation from within. I am so tired of seeing folk bicker about candidates. We need to concentrate on shouting about GAS prices and what Obama is doing. This will all work out. We need to stand together. Talk to your friends and families. Read this book: How To Kill 11 Million People by Andy Andrews. It's a quick read...15 minutes to a half hour. Then, pass it forward & ask friends or family to pass it forward also. Hurry, we need to wake up as many neighbors as we can. We'll all come together. Let's just pray it's not too late. We are in so much debt that China and Russia are clammering to see us fall. I think anyone but Obama is absolutely necessary. Did you know that most college aged and younger in Germany have no idea what Auschwitz was?? Just like Obama and the Union thugs are erasing history as recent as 9/11.
Sorry 4 the long post. But my heart loves this nation and I sure want my Grandchildren to know that their Mimi didn't just sit and not speak up. Heck, Islam & this Progressive group will kill the gays, the prostitutes, Christians, Jews, they will put handicap folk & elderly in death camps! It's gonna become GREECE if we don't prayerfully come together and fight like a Martin Luther King Jr. Not gonna be easy unless we unite. Focus on what Obama is destroying. PS. Please read that book.
Blessings to you and your families,
Krissy in Austin! :-)